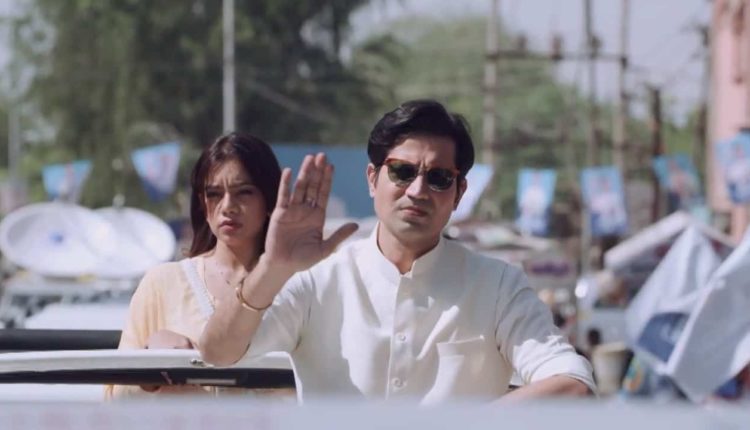 Once a king, always a king! Aisehai ye hum sabkepyaare– Sumeet Vyas– the man that ruled the web world with consistent performance and unconventional characters. While we can go on and on and on about his successful ventures in the digital world, but, that’s not what we are here to talk about. We are here for something else. Come closer. Prick up your ears. We are here to break the good news!!!!(*talking in hushed tones*) Good news? Kaunsikhushkhabri?

Well WellWell. ALTBalaji has roped in the very talented actor, Sumeet Vyas for their newest political-thriller Dark 7 White web series. Kya baatkarrahe ho? Ji haaaaan!! Keeping aside all his previous roles, Sumeet Vyas is all set to fill in the shoes of a big-shot politician, Yudi on-screen. And hey, the interesting part about his character is that he is a man with a dark past and untold secrets (dang!). Amazing right?

Talking to an entertainment portal about his dark character, Yudhveer Singh Rathore aka Yudi, Sumeet Vyas said, “I am really excited for this project after my stint on The Verdict: State vs Nanavati. Also, I’m thankful to team ALTBalaji for always considering me for Roles that are rather unorthodox. It’s every actor’s dream to make a mould and break it. In my case, I’m grateful to Ekta Kapoor for always stepping in to help me achieve it every time I’ve struggled with it. My character in this is royal, carefree and has different shades attached to it.  It’s a challenging character to portray as a very different one from the roles that I have played previously. I hope the audiences will love my character and continue to shower their love on me as they have been doing always.”

In the Dark 7 White web series, Yudi is no less than a prince. In fact, a prince that owns a kingdom surrounded by his tight-knit of friends. But are those people Yudi’s friends or foes? Did they kill him? If they did, what was their motive? If they didn’t, who did? Hold your horses, lovelies. All of your questions will be answered soon. We are here with ACP Abhimanyu and Yudi’sfiance, Daisy to solve the murder mystery and put an end to this suspense, of course!

Don’t worry. You’ll get all your answers soon. Dark 7 White web series starringSumeet Vyas, Nidhi Singh, Jatin Sarna, Monica Chaudhary, Taniya Kalrra, Sanjay Swaraj, ShekharChoudhary, and others is ready to roll out on the 24th of November. In the meantime, catch ALTBalaji’s recent crime-dramas, such as Mum Bhai and BicchooKa Khel that will leave you spell-bound with its groundbreaking content too. Pick an affordable subscription package today and never ever stop binging your favourite ALTBalaji shows. Hurry. You’re only a subscription away from making the most of your time on Ekta Kapoor’s homegrown Indian OTT platform!

Hosting a Special Event Soon? Below Are Some of the Perks…

Prev Next 1 of 19
Popular Topics
Archives

Hosting a Special Event Soon? Below Are…

The Complete Guide to all things about…