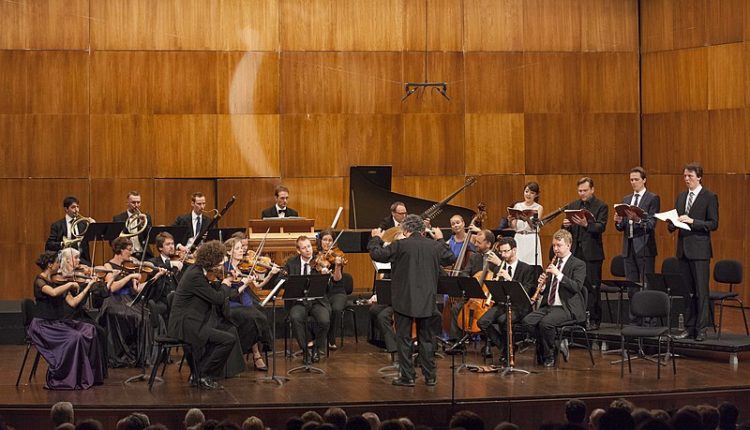 In the beginning, there was Baroque

The history of Baroque music begins anywhere from the 16th century to approximately midway through the 17th century. This music style is described as western and began to be composed shortly after the Renaissance era of music. This music era is broken down into three distinct periods: the early, middle, and late periods. These periods of music all have very overlapping dates. Still, all evidence shows the early period starting in 1580, this kicking off the era and then the late period ending the era in the 1750s. A fun fact about the genre is that the word Baroque actually comes from the Portuguese word barroco, which means misshapen pearl.

The music style and those who played it

Innumerable composers, including Jean-Baptiste Lully, Arcangelo Corelli, and Dieterich Buxtehude, have played baroque music, just to name a few. All composers took to a similar play style, which was called common-practice tonality, which means that the music is all written in a specific key. This practice brought a particular harmony that has actually been a mainstay in western music to this day. Also, during the Baroque era, they experimented with how the music was played, which was the foundation for orchestras being created.

In the beginning, Baroque music found its start in a way by Florentine Camerata, which was a diverse group of people that had interests in music, poetry, and other subjects. They looked down on polyphony style music in favor of a new different idea, and this line of thinking led to the conception of the opera, and that even became the catalyst for the Baroque era as a whole. An Italian composer named Claudio Monteverdi became one of the first to play this style of music when he developed two distinct musical styles. One paid homage to the Renaissance style of polyphony; meanwhile the other was the earliest form of Baroque, and in doing this, he brought quite a bit of notoriety to the genre as a whole. This is seen as the beginning of the era and seems to be the birthplace of a lot of its core concepts.

The rise and fall of an era.

In this period of Baroque, many vocal styles started to change everything up, and this included cantata, oratorio, and opera, which is roughly the 1630s. Two Italian composers by the names Romans Luigi Rossi and Giacomo Carissimi are seen as the major innovators of the style during this time. They help to innovate harmonic simplification which led to the differentiation of recitative and aria in opera.

The end of an era

The Baroque era’s late period isn’t as well documented as the early or middle parts of the era, and this is actually perfectly normal. It isn’t as well documented because, in its decline, composers just started to change up their music adapting to the new era of music known as Galant music and then to classical shortly following that. Towards the end, Galant music attempted to simplify the late Baroque music overcomplication, which led to Galant music taking over before the classical era edged them both out.

The Baroque era was a significant step in the advancements of music and even helped build the foundation for a lot of modern music through the way it viewed harmony. For more music information or just to stay connected with all things music, then you need to visit Interlude.hk and browse some of their fantastic content.

My character in Dark 7 White is royal, carefree and has…

Prev Next 1 of 16
Popular Topics
Archives

Understanding The History of Baroque…

Paurashpur: A tale of lust, power,…

My character in Dark 7 White is royal,…